The activities of the Ebro Observatory in Antarctica began at the end of 1995 with the installation of the pillars and huts that were to house an automatic geomagnetic observatory. The observatory instruments were installed in the following campaign, in December 1996. Since then, the instruments have provided continuous records of the geomagnetic field variations at this remote site, forming one of the most complete historical data series of Spanish polar research.

The observatory has been progressively expanded and modernized. First, the possibility of transmitting the data automatically via satellite was added (2000) and, later (2004-2009), in collaboration with a group of engineers from La Salle (Universitat Ramon Llull), the transmission of the same data via radio was tested, using multiple ionospheric bounce, which was an important challenge in the field of telecommunications. At the instrumental level, the geophysical observatory improved its observation capacity in the 2004-2005 campaign, with the installation of a vertical incidence ionospheric sounder. This instrument allows studying the state of the terrestrial ionosphere in the geographical area close to the instrument. The last installation (2018) consisted of an automatic absolute instrument called GyroDIF. It is a completely novel magnetometer developed by the Royal Meteorological Institute of Belgium. Its robotic operation mimics the manual process, although its construction entails a number of challenges regarding the materials suitable for carrying out the magnetic measurements. One of the requirements of this instrument is thermal stability, which has been achieved by using an insulating box filled with building blocks to provide thermal inertia. The assembly is located inside a fiberglass igloo. The installation also required the development of a complex electronic power and control system managed by Arduino boards.

The main objective of the presence of the Ebro Observatory at the Spanish Antarctic Base Juan Carlos I is to ensure the continuous recording of the Earth's magnetic field and the ionospheric record. Due to the scarcity of observations in a remote site like Antarctica, the continuous recording of these magnitudes allows us to contribute to a better knowledge of that environment, making possible the elaboration of numerous scientific and technical studies, which would not have seen the light of day without these data. These studies are of great scientific interest, since these regions record part of the main effects of the relationship between the solar wind and the terrestrial magnetosphere and ionosphere.

This next campaign, which begins this December with the trip to the BAE of Miquel Ibáñez, a technician from the Ebro Observatory, will be used to perform the usual tasks of recovering the data that have been collected automatically during the austral winter and to carry out the necessary maintenance and calibration of the instrumentation. These works will allow maintaining and extend the historical data series of the Juan Carlos I Base, as well as to carry out the dissemination and diffusion activities of the results related to the current campaign.

The Ebro Observatory Foundation is attached to the Administration of the Generalitat de Catalunya, through the department responsible for territorial policy. Its board of trustees is formed by the departments of the administration of the Generalitat de Catalunya competent in territorial policy (which will chair it), environment and research; the Meteorological Service of Catalonia; the Cartographic and Geological Institute of Catalonia; the Consejo Superior de Investigaciones Científicas; the Diputación de Tarragona; the Instituto Geográfico Nacional; the City Council of Roquetes; the City Council of Tortosa and the Agencia Estatal de Meteorología. The Ebro Observatory is a research institute of the Ramon Llull University. 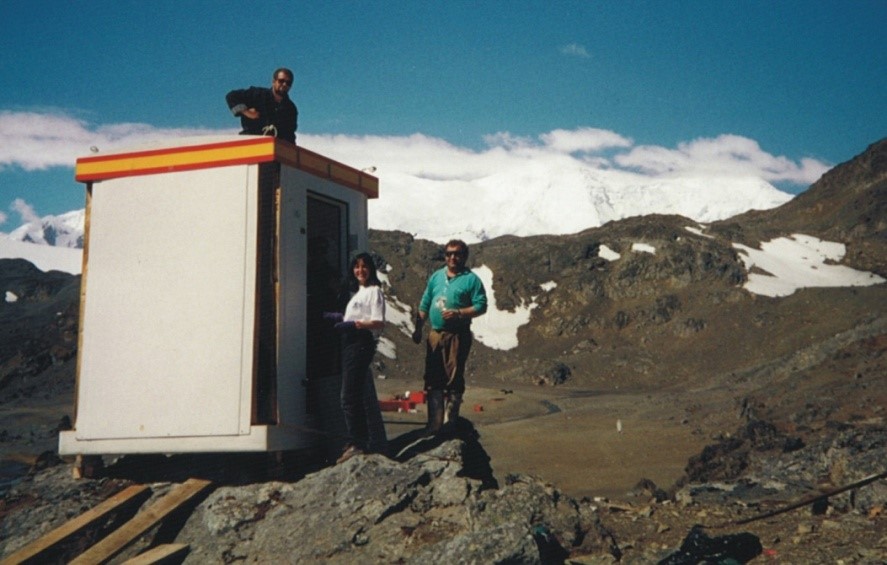 Arantza Ugalde, together with two of the technicians of the Juan Carlos I Base, during the assembly of one of the huts that would house the geomagnetic observatory. Photo from late 1995. 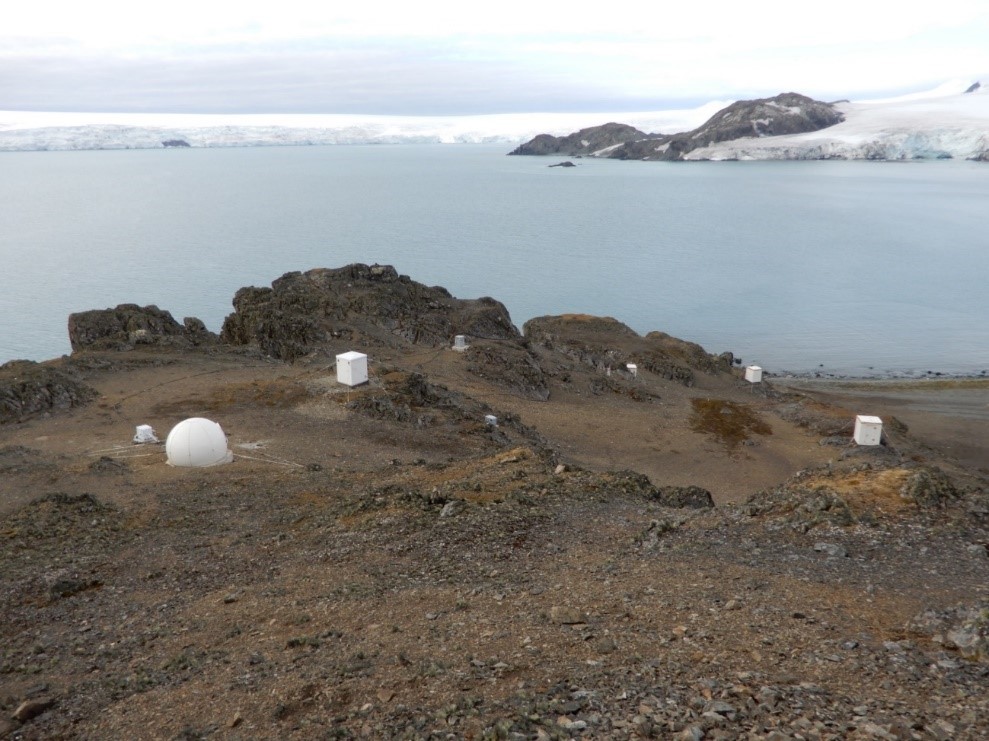 Current facilities of the Geomagnetic Observatory in the vicinity of the Juan Carlos I Base. Photo from February 2019. 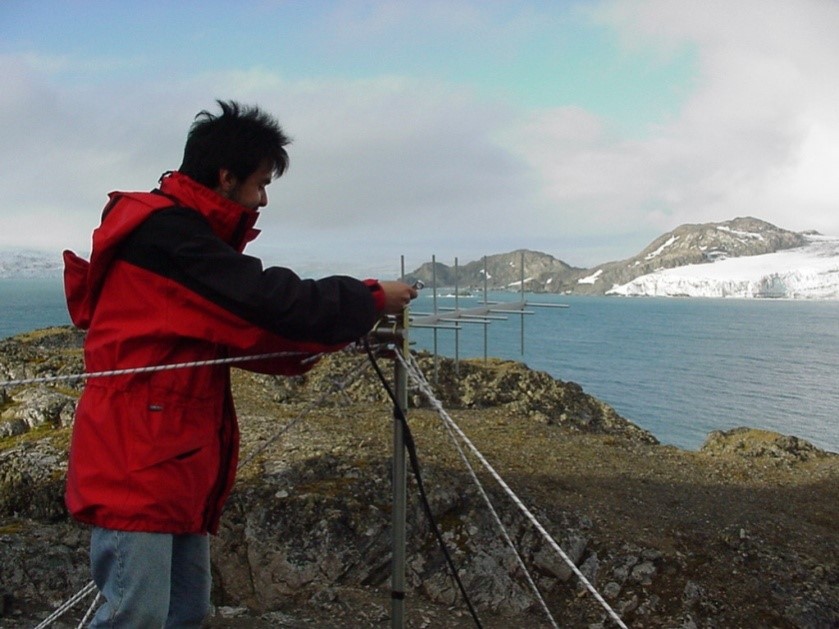 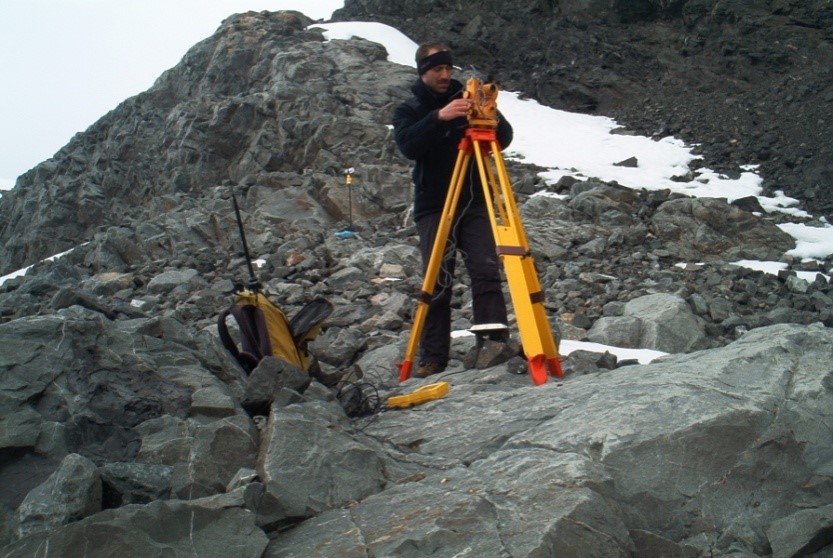